What’s the least amount of fuel you would accept in the tanks for a short flight over water? That was the question at Marina di Campo when we realised the cost of Avgas . . .

Well, it is an island and costs must be high. We couldn’t have gone if there hadn’t been an airfield there, could we? So, 10 litres went into the Tecnam and a bit more in the CTSW. It was enough.

The take off on R34 was delightful and we flew over the beach at Procchio before turning west towards Corsica.  https://www.dropbox.com/s/a35v4iohgj89spk/PVWW%20Departure%20Elba.mp4?dl=0 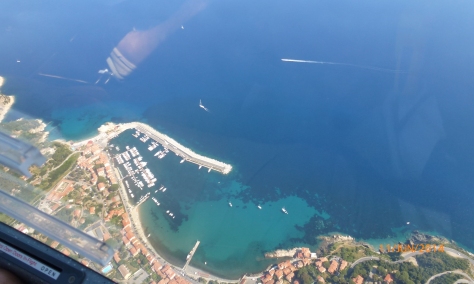 The crossing was a breeze and we routed round the northerly tip of Corsica and along the coast, only to lose contact with Bastia Information due to the mountains. 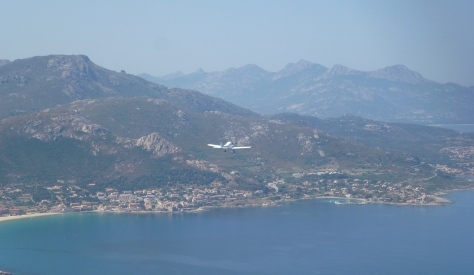 We had to hold over the sea 10 miles out from Calvi for IFR traffic but were eventually given clearance to join final R18 as a formation. 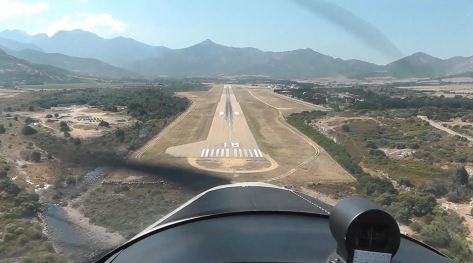 The call from the tower as we taxied down the runway was . . .
‘G-LY, confirm the second aircraft is a light aircraft? A light aircraft or a microlight?’
What could we say?

We were met by a pretty girl in a minibus who marshalled us into place and drove us the 150 metres to the terminal building.

Nice taxis on Calvi – an Audi Q7 took us into town to our hotel near the port. The hotel was full of backpackers and run by young Swedes. Did we feel old? A bit.

After a bit of paddling and drinking cold beers at 9 euros a glass, we ambled down the hill into the port and had a meal on the quayside.

Next leg: 100 plus miles over the Med to Mâcon 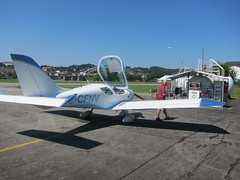 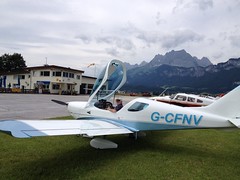 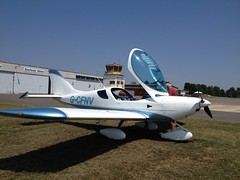 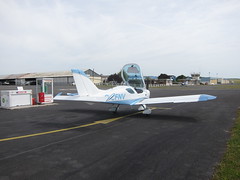